To commemorate the tercentenary of the birth of John Milton in 1908, Walford Davies composed a setting of Milton's Ode on Time for chorus and orchestra. As an afterthought, he added a prelude for strings and organ entitled Solemn Melody. Two years later this was arranged for the organ by Novello's editor John E. West and became a best-seller. Along with Royal Air Force March Past of 1918, it is Walford Davies' best known work and is commonly played at funerals. Arranged by Kiyo Watanabe. 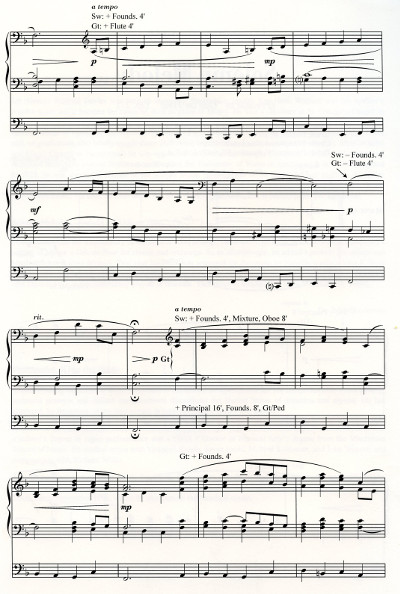 From Byrd to Britten

Near, Gerald: Solemn Prelude on a Theme of Thomas Tallis