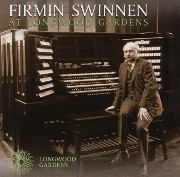 Firmin Swinnen may be known today to only a few organ aficionados, but from 1914 until the mid-1950s he was a celebrity organist, first in Britain then in the US. His greatest claim to fame was his 32-year association with Longwood Gardens. Swinnen was better known for his performing – and improvising- than for his published works. His free-wheeling style is captured on this recording.  In 1921, an Aeolian pipe organ with 63 stops and 3,650 pipes was installed in the new Conservatory at Longwood Gardens. This organ was enlarged to 79 stops in 1923, but in 1929 a much larger Aeolian organ was ordered for the new ballroom. The four-manual custom built instrument, designed by Swinnen has 10,010 pipes divided into 146 ranks, including five 32-foot pedal stops, and a full range of percussions. The organ was rebuilt in 1957-1959 and again in 2004-2013. Swinnen made numerous recordings during the latter years of his career as personal keepsakes. The best of these have been restored and are presented here. Track Listing: Marche slave in B flat minor – Pyotr Ilyich Tchaikovsky  Clair de lune – Claude Debussy Song of India – Nikolay Rimsky-Korsakov Finlandia – Jean Sibelius Improvisation (C minor)  Improvisation (Gong Song)  Improvisation (Chimes, Trumpets, and Vox)  Improvisation (Spanish)  Improvisation (Baghdad)  Improvisation (Wagnerian)  Improvisation (Sunset)  Fugue in d minor – Johann Sebastian Bach 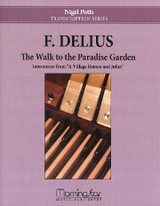 Frederick Delius (transcribed by Nigel Potts), The Walk to the Paradise Garden: Intermezzo from "A Village Romeo and Juliet" 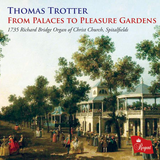 From Palaces to Pleasure Gardens 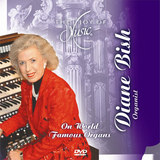