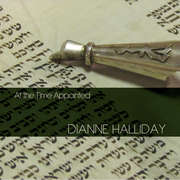 At the Time Appointed, Dianne Halliday

Much renovated and restored over the years (most recently in 1991 by the South Island Organ Company), the 1905 III/54 Arthur Hobday organ in Wellington’s Catholic Cathedral clearly remains in rich and resonant voice. It is eminently suited to the plangent solemnity of the Jewish liturgical pieces from the 19th and early 20th centuries featured on this recital by the American-born, New Zealand-domiciled Diane Halliday. Frustratingly, though, she approaches all of the 22 pieces with a reverence that emphasises synagogal gravitas at the expense of spiritual glory or musical revelation. An extensive but uncredited booklet essay offers fascinating context and analysis for the featured composers and individual works.