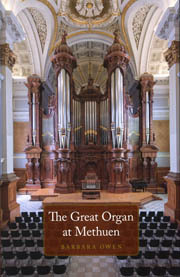 In the middle of the nineteenth-century, American organbuilding reached a milestone when, in 1863, in the midst of the Civil War, a large concert organ - really the first of its kind in the country - was opened in Boston's relatively-new Music Hall. Visually and musically it was regarded as a sensation, as it put a stamp of approval on paid-admission secular organ recitals, and quickly opened the door to a spate of American-built concert hall organs. The composition of large-scale secular organ works soon followed, written by American composers recently returned from study in European conservatories. This is the story of that catalytic instrument, known then and now as the Great Organ: its checkered history, and, perhaps most intriguingly, the varied and colorful cast of characters who conceived and financed it, built and rebuilt it, played it, made recordings on it, wrote about it, maintained it, rescued it from time to time, and continue to ensure that its voice continues to be heard. The Great Organ is now housed in its present purpose-built concert hall, north of Boston in the town of Methuen, Massachusetts. How it got there and how it remained there is only a part of its story. 397 Pages, softcover 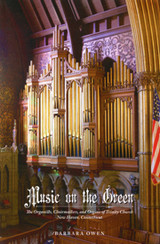 Barbara Owen, Music on the Green 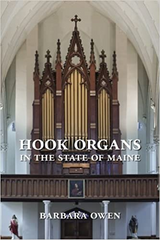 Barbara Owen, Hook Organs in the State of Maine