attr. Johann Sebastian Bach
Now believed to be the work of CPE Bach. From Anna Magdalena Bach's         notebook. Known by many as March in D.

Charles Callahan
Postlude on Creation
Adaptation of The Heavens Are Telling
Postlude on Siroë
From Handel's opera of the same name. Tune is also known as Christmas,         Lunenburg, and Sandford. 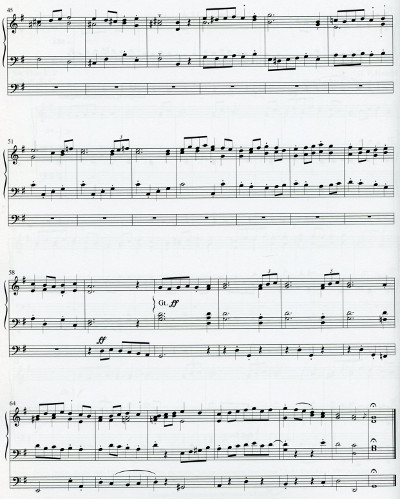 Callahan, Charles: The Rejoicing, A Postlude Collection for Organ