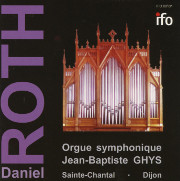 Daniel Roth Plays the rare, intact, and restored organ built in 1897 by Jean-Baptiste Ghys (1840-1923) of Dijon, France. Inaugurated in May, 2005, in its new church home of Eglise Sainte-Chantal in Dijon, the organ was built for a Dijon convent where it was unused for decades and never abused. Ghys, a native of Nukerke, Belgium, apprenticed to organbuilding at age 17 and worked in Brussels and then Paris, entering the service of Joseph Merklin in 1865 and supervised the installation of several organs. During the installation of an organ in Dijon in 1869, he met and then married in 1870 the widow of an organbuilder and relocated there to form his own firm following the closing of Merklin’s Paris workshop in 1875. He produced many very well constructed organs in Burgundy and beyond which were well regarded for their tone and robust mechanisms. He integrated innovative pneumatic and electropneumatic systems and special windchest designs, and was especially interested in the invention of a phonograph-like sound reproduction system. Only the organ now located at Eglise Sainte-Chantal is known to remain unaltered as built by Ghys. Daniel Roth enthusiastically embraces this 21-rank marvel for a magnificently played and well-recorded program. BÜSSER: Marche de Fête ROPARTZ: Prélude funèbre FRANCK: Adantino LISZT: Évocation à la chapelle Sixtine MENDELSSOHN/BEST: Prelude & Fugue in e PIERNÉ: Trois Pièces, op. 29: Prélude, Cantilène, Scherzando de concert VIERNE: Elégie, Cortège from 24 Pièces en style libre ROTH: Petite rhapsodie sur une chanson alsacienne ROTH: Improvisation on a Noël bourguignon TOURNEMIRE: Toccata from Suite de Morceaux pour Grand-Orgue, op. 19 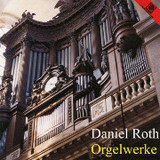 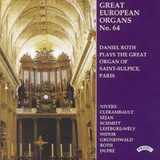