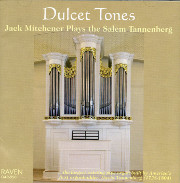 Jack Mitchener Plays the Salem Tannenberg
Jack Mitchener makes the very first recording of the three-movement Concerto in G minor for solo organ by Graun (contemporary of C. P. E. Bach) and plays other works on the largest existing pipe organ built by America’s first organbuilder, David Tannenberg (1728-1804), restored at Old Salem Museums & Gardens, Winston-Salem, North Carolina. The organ wind for this recording was raised entirely by human pumping of the bellows, now more than two centuries old. The only two-manual organ built by Tannenberg to survive, it was delivered in 1799 to Home Moravian Church in Salem, North Carolina, and remained in service there until it was stored in 1910 and replaced by a Kimball pipe organ in 1913. Now on loan to Old Salem Museums and Gardens in Winston-Salem, the organ was restored in 2004 by Taylor & Boody of Staunton, Virginia, for a purpose-built concert hall at Old Salem.

André Raison, Masses in the First and Second Tones 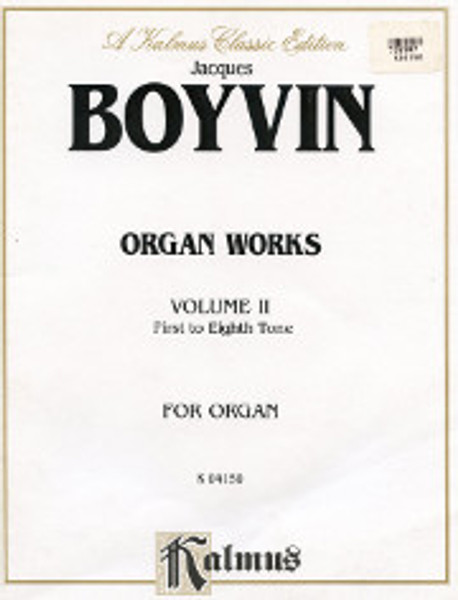