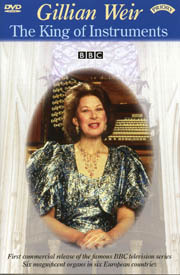 Gillian Weir: The King of Instruments

The BBC filmed Dame Gillian Weir in a series of six programs entitled "The King of Instruments" recorded on six magnificent organs in six European countries. Priory has now released this series on one DVD, with a running time of almost 152 minutes. The bonus CD features separate recordings by Dame Gillian (not taken from the television soundtracks), of one of the pieces from each of the programmes. St. Bavo, Haarlem, The Netherlands Abbey Church, Ottobeuren, Germany St. Knud's, Odense, Denmark Ulster Hall, Belfast, North Ireland Hedvig Eleonora Kyrka, Stockholm, Sweden St. Rouen, France Please note this item has a slipcover that is mass produced. On the back it will read "PAL format." It will; however, play in NTSC format. 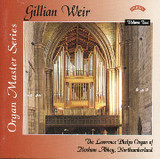 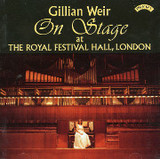 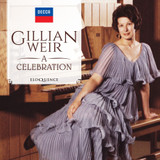