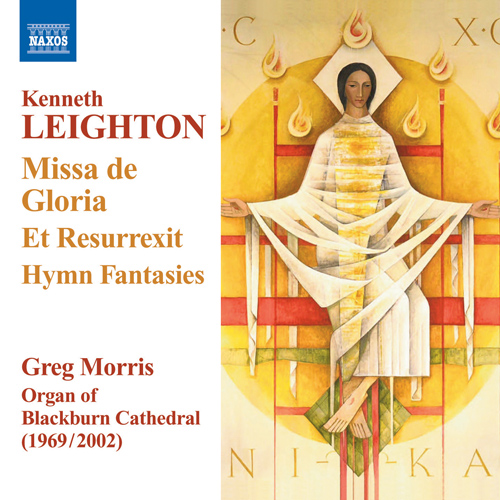 Kenneth Leighton was born in Wakefield in 1929. He was a chorister at Wakefield Cathedral and studied Classics at Oxford University. A further year was spent in Oxford studying composition with Bernard Rose, following which he travelled to Rome, supported by the Mendelssohn Scholarship, to study with Petrassi. He held positions at Leeds and Oxford Universities, before becoming the Reid Professor of Music at Edinburgh University in 1970, a position he held until his death in 1988.

Leighton is acknowledged as one of Britain’s most important composers, winning numerous prizes for his compositions and publishing more than a hundred works. Though probably best known today for his organ and choral works, he composed in a wide range of genres. An accomplished pianist, he wrote several solo works for the instrument, and used it extensively in his chamber music. His opera Columba was completed in 1978, and he wrote several acclaimed symphonies and concertos. Early in his career he experimented with serialism, but at its best his music is tonally orientated, although often highly chromatic. Leighton developed a highly personalised and distinctive style, some of the most striking features of which are a lyrical melodic idiom, masterful control of counterpoint and dynamic rhythms.

Et Resurrexit was composed in 1966. Leighton described the piece as an attempt ‘to give musical expression to the individual’s struggle for belief in the miracle of the resurrection’, though he stresses the design of the work is purely abstract. The opening movement, the Theme, presents at the outset a four-note motif which provides the thematic basis for the whole work. A more improvisatory element is introduced, from which emerges a chromatic version of the opening diatonic motif. It is the musical struggle between these two versions of the same motif which shapes the structure of the work as a whole. In the Fantasy, as the name implies, Leighton allows his musical imagination free rein in the development of the theme. The opening phrase of the movement is an extension of the chromatic version of the motif, and it also incorporates the motif’s inversion (i.e. the motif turned upside down). The rhythmic impetus and contrapuntal tension drive the music to a series of climaxes, each more intense than the previous, before the final cataclysmic statement of the chromatic motif. The opening of the Fugue is in complete contrast. The subject is again derived from the chromatic version of the motif, but the movement does not stay strictly fugal for long. The variants of the motif gradually and imperceptibly seem to grow back towards the diatonic version, and eventually in a section marked Allegro ritmico ed impetuoso the opening phrases of the Theme are restated in full. It is this diatonic rendering of the motif which provides the thematic basis for the flourishes of this final section. The final blaze of glory is heightened by being in the brighter key of E major, when the opening theme and its return in the fugue were rooted in D major. The sharpened fourth in the final chord is a twist typical of Leighton, and its added brightness never seems more appropriate than at the end of this work longing for the glory of the resurrection.

Leighton’s Six Fantasies on Hymn Tunes are dedicated to Herrick Bunney. The fourth, St Columba, opens with a beautiful canon, the melody of which is a decorated version of the hymn tune. A second statement of the tune begins in the pedal, and moves through various parts before returning to the bass line for the final phrase. The fifth, Veni Emmanuel, opens with a fugal exposition of the first line of the hymn tune, the sinuous chromatic lines creating a mood of expectation. More rhythmical and buoyant counter-subjects are introduced, while use of the hymn tune becomes more fragmentary. The complete melody is eventually stated in dialogue, culminating in the powerful chords of the refrain—‘Rejoice! Rejoice!’ But the Fantasy finishes in an unexpected way, the final lines heard quietly and lontano (‘distantly’). The sixth and final piece of the set is a toccata on the tune Hanover, brimming with energy and vigour. Leighton develops the melody in a variety of ways, using motifs derived from the hymn tune, before stating the tune in full on the solo reed.

The Missa de Gloria, or Dublin Festival Mass, was commissioned for the Dublin International Organ Festival, and first performed by Gerard Gillen in St Patrick’s Cathedral, Dublin, in 1980. The work is based on the twelfth-century chant for Easter Day from the Sarum rite. Leighton derives much of the melodic material from the chant, and specific instances of these are notated in the score throughout the work, though the plainsong is often given twists typical of Leighton’s melodic style.

The opening Kyrie is an austere movement, full of angular melodic lines, intense dissonance and an implacably slow pulse, constantly building in intensity. It is the one movement where Leighton does not acknowledge any particular use of the chant in the score. The Gloria divides clearly into three sections, reflecting divisions in the text—a supplicatory central section is framed by two energetic passages of praise. When the opening plainsong intonation is introduced after a free introduction, it is unmistakable, presented in the tenor register with dance-like interjections. The development of this material leads to the movement’s first climax. In the central section, Leighton uses portions of the chant in the left hand, the right hand interjecting with improvisatory solos. Contrapuntal treatment of the plainsong themes builds up to another intense climax. The final jubilant section contains many direct quotations from the chant, rhythmicised in often complex ways. The clearest example comes in the closing bars, when Leighton uses the ‘Amen’ as a thunderous ostinato in the pedal. The Credo is marked ‘fairly soft throughout, but with frequent changes of colour’, and is a movement which expresses the mysteriousness of religious belief. The melodic contours of the opening intonation are clearly audible in the first few bars. After a paraphrase of the important text ‘Et incarnatus…’, the movement briefly increases in intensity as the chant for the words ‘crucifixus…’ is introduced, and a brighter passage expresses the resurrection and ascension. A quieter mood is then reestablished, ecstatic flourishes expressing the freedom of the Holy Spirit. The final few pages are a beautiful vision of the ‘life of the world to come’. At the opening of the Sanctus, Leighton uses antiphonal chords to reflect the majesty of God. The pedal enters with a free paraphrase of the chant, taken up by the manuals also. Leighton then introduces a motif depicting the liturgical use of bells, enhanced in this recording by the Cymbelstern stop. Leighton continues with the rhythm of this motif in a completely different vein—much quieter and ‘dancing’, paraphrasing the chant ‘Pleni sunt coeli…’ For the Benedictus Leighton uses the chant as the basis for a beautiful adagio melody, treated imitatively between two and then three voices over a slow-moving bass line. The bell-like motif returns as if in the distance, bringing the movement to a magical conclusion. The Agnus Dei is similar to the Gloria in having a structure defined by the text. Twice, the contrapuntal treatment of lines derived from the chant leads to an intense climax before a quieter paraphrase of the words ‘miserere nobis…’ The third time the chant for ‘Agnus Dei…’ is heard, it is entrusted to an expressive solo reed. Beautiful imitative treatment of ‘Dona nobis pacem’ brings the movement to a serene close. Beginning with an immensely energetic and rhythmical derivation of the chant, the Ite, missa est contains the most densely-worked references to the plainsong. Leighton builds a vigorous toccata from this opening material, and eventually the pedal states the complete chant in long notes, before the movement dissolves into an improvisatory and inspiring conclusion. 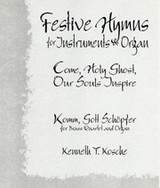 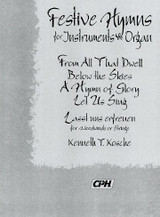 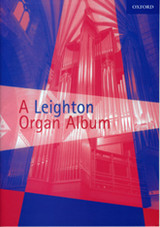 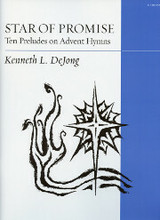