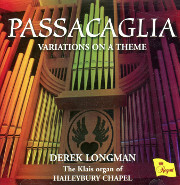 Passacaglia: Variations on a Theme

Haileybury Chapel is a UK co-educational public school with approximately 750 students and one of the largest academic quadrangles in Europe. It is also the home of a fine domed chapel opened in 1877 and now housing a 1998 Klais organ of two manuals and pedal with 30 stops. Designed by Philipp Klais, the organ boasts a 16-foot stop and a cornet on each manual, a majority of its stops at 8-foot length or greater and considerable power in a fine acoustic. Derek Longman, part of the Haileybury staff since 1978, plays a program of works based on variations and demonstrates well the versatility of this modest instrument. ANDRIESSEN: Thema met Variaties RHEINBERGER: Sonata Nr. 8 in e, Op. 132 PEETERS: Toccata, Fuge et Hymne sur Ave Maris Stella, Op. 28 MENDELSSOHN: Sonata No. 6, Op. 65, No. 6 J. S. BACH: Passacaglia in c, BWV 582 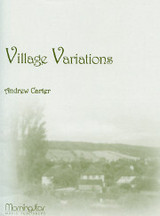 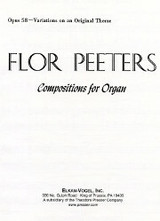 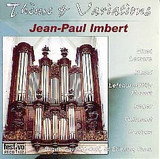