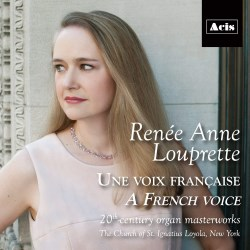 The name of Renée Anne Louprette is beginning to find its way into recital programmes on both sides of the Atlantic – she stood in for an indisposed organist at a Festival Hall recital in London last September – and it has now reached the record catalogues (although she did release a CD of Bach in 2014 which somehow seems to have passed under the radar outside the US. Here she presents a programme of French music which sits a little below the big works of Widor, Vierne et al in terms of popularity, but most of which is well embedded in the repertory and already easily available on CD. Louprette’s master stroke is to record it on the spectacular, and largely unrecognised on disc, 1993 Mander organ of St Ignatius Loyola, New York.

She begins her programme with two works by two women composers who were better known in other capacities. Jeanne Demessieux was a dazzling virtuoso player, a pupil of Marcel Dupré, who wrote a handful of virtuoso pieces largely for her own use, the best known of which is undoubtedly her improvisation on the Te Deum. Louprette’s performance, with its powerful rhythmic emphasis and spiky articulation releasing notes often almost as soon as she touches them, calls to mind Demessieux’s own style of playing. She finds her way around this magnificent 68-stop French-inspired instrument and displays it to its very best advantage. Ideas clearly drawn from Messiaen flavour the music, but its chief objective is to provide a virtuoso showpiece for both organist and instrument, and here is a recording which does that magnificently.

The second composer was that doyenne of composition teachers, Nadia Boulanger, under whose influence the likes of Lennox Berkeley, Aaron Copland, Alberto Piazzolla and Gian-Carlo Menotti all developed their distinctive voices. Her own music, represented here in a delicate Improvisation is haunting and atmospheric. Louprette tells us that it “beautifully highlights the French-style bassoon-hautbois, fonds d’orgue and voix celeste of the organ. And so it does, but much more memorable is her own beautifully tranquil and relaxed approach to this delightful piece,

Ibert’s organ output is restricted to a set of three pieces published in 1920, the third of which was dedicated to Nadia Boulanger. It is this movement – a Fugue in E flat minor – which Louprette plays here with a steely, almost austere grip on the texture and two splendidly measured crescendi leading to the climaxes at 3:40 and again at 5:38. The excellent Acis recording captures the full dramatic range of these crescendi as well as the thundering chord with which the piece concludes. Much more refined and restrained – and infinitely better-known – is Jehan Alain’s Variations on a Theme of Jannequin. Alain’s exotic harmonic world and his evocation of a bygone era in French music as seen through the mists of time is beautifully conveyed here, and Louprette perfectly captures the freedom of movement which Alain so clearly wanted.

One of the truly great French virtuoso organists of the 20th century was André Isoir. Despite winning a composition prize with his Variations on a Huguenot Psalm in 1974, this remained his only original organ composition and it is the only piece on the CD which I do not recall ever having seen available on commercial record before. Far from being a virtuoso showpiece in the manner of Demessieux’s Te Deum, this more a wide-ranging exploration of organ tone, singling out a wide variety of solo stops in a musical language which is remote and dissonant, and decidedly pointillist. Louprette makes good sense of it – it seems to suit her particular style of playing – and certainly this Mander instrument is the ideal vehicle on which to present a work which devotes so much time to the close scrutiny of individual stops.

The second book of Vierne’s Pièces de Fantaisie was chosen for this recording since all six pieces were composed for Vierne’s 1927 USA tour and each is dedicated to a different American friend. The language, however, is distinctly French and even more distinctly that of Vierne; plenty of elusive fragments in the Lamento, a distant yet graceful swing to the Sicilienne with occasional forays along remote harmonic byways, and a dazzling toccata-like evocation of sunlight in the Hymne au soleil. Certainly the final three pieces in the set – Feux follets, Clair do Lune and Toccata – are well known and generously represented on CD. But there is something about both Louprette’s angular and self-confident playing as well as the wonderful sound of this fine organ which makes this a highly recommended recording. 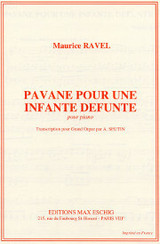 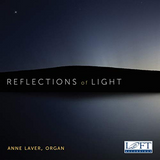 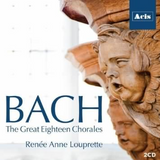