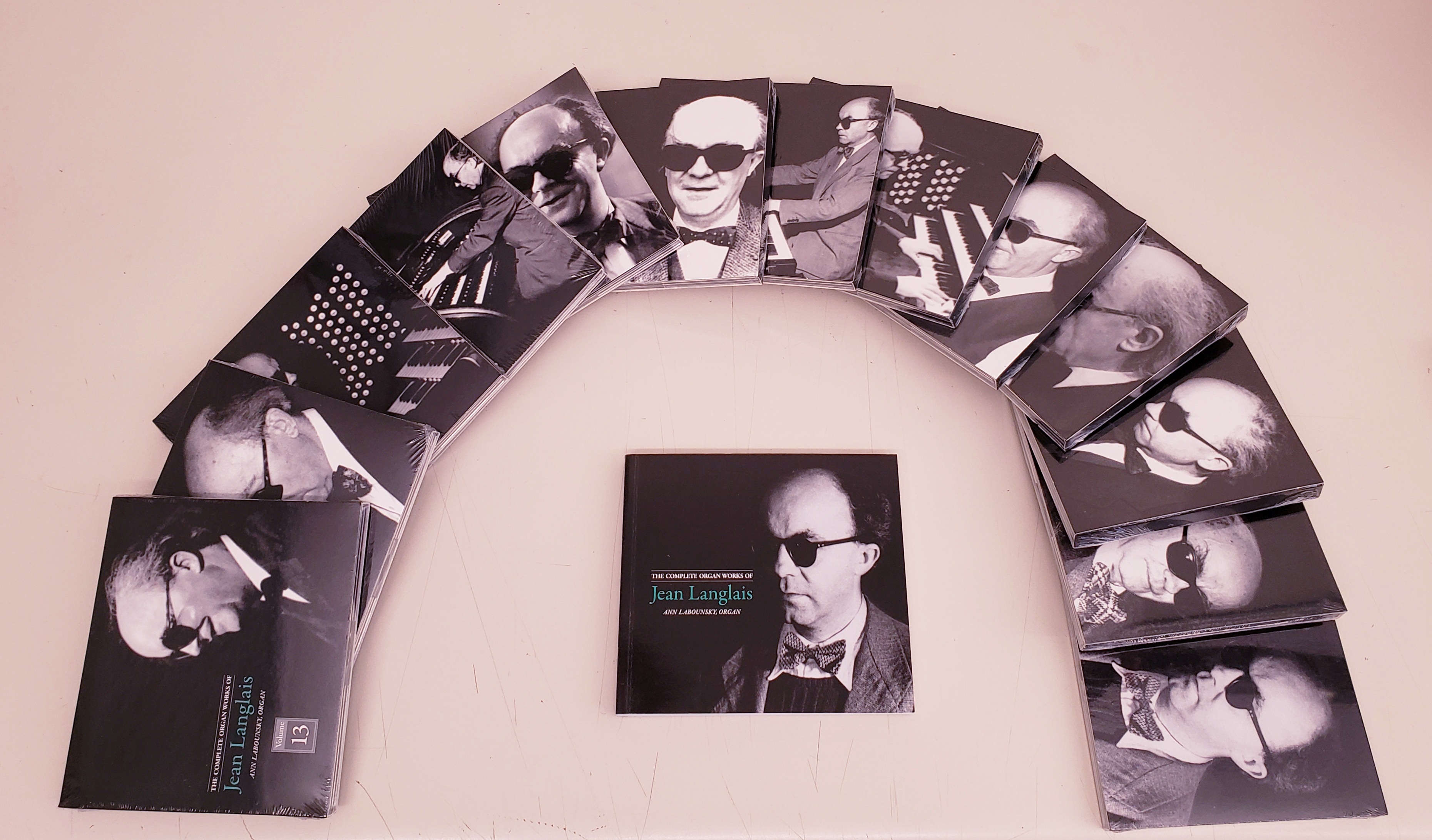 The Complete Organ Works of Jean Langlais, a set of CDs recorded by Ann Labounsky, is breathtakingly huge and remarkably intriguing. Utilizing seven organs on two continents, from 1979 to 2003 Labounsky recorded the vast repertory that is Langlais's organ works. Labounsky recorded 356 tracks (actually more, since a few works are presented twice) on 26 CDs of movements ranging from miniature to monumental: some of the Eight Preludes, Op. 222, or the Douze Versets, Op. 235, are barely a minute long (several of the Quatre Préludes, Op. 185, last barely 30 seconds), while works such as The Poem of Life, Op. 146, and Offrande à une âme, Op. 206, are each more than 20 minutes. Learning to perform all these pieces is an almost incredible accomplishment, and, yet more impressive, Labounsky 's interpretations are consistently thoughtful and compelling. These discs will surely be regarded as definitive recordings of Langlais's organ music for years to come.

Ann Labounsky is especially well qualified to undertake this project. She studied organ at the Eastman School of Music and was a Fulbright scholar in Paris where she studied with Langlais, with whom she learned many of his organ works. She has earned an enviable reputation as an exponent of 20th century French music both as a performer and as a scholar. Her biography of her teacher, Jean Langlais: The Man and His Music, appeared in 2000. Indeed, her special talents for contemporary French organ music are evident throughout the CDs. On these recordings, moreover, in music conceived antiphonally for two organs, through the marvels of technology she plays both parts; when undertaking music for two organists at one instrument, however, she is joined by David Craighead.

A 151-page booklet provides the gateway into this enormous and at times unavoidably esoteric project. The booklet begins with an overview in lieu of an index: Labounsky has wisely arranged these works neither chronologically nor thematically but with an ear for contrast and balance, so that each CD resembles a concert program.

These "concerts" take place in seven locales, four in the United States and three in France, each with important instruments: St. Peter Roman Catholic Cathedral, Erie, Pa. (Casavant, 1977); Calvary Episcopal Church, Pittsburgh, Pa.(Casavant, 1963); Methuen Memorial Music Hall, Methuen, Mass. (Walcker/Aeolian-Skinner, 1857/1931/1970); Cathedral of the Immaculate Conception, Denver, Colo. (Kimbell/ Morell, 1912/1994); Cathedral of Saint-Pierre, Angoulême (Beuchet-Debierre, 1848/1946); Cathedral of Saint-Samson, Dol-de-Bretagne (Beuchet-Debierre, 1 848/1946/1978); and Saint-Antoine-des-Quinze-Vingts, Paris (Cavaillé-Coll/ Merklin, 1894/1994). Photographs, brief histories, and specifications are provided for each organ. The last of them, at Saint-Antoine-des-Quinze-Vingts, is of special interest because Langlais, as a very young man, played it frequently and it is thus closely linked to the composer's very first pieces, including the enduringly popular Trois Paraphrases grégoriens, Op. 5, and Poèmes évangéliaues, Op. 7. Labounsky recorded these works in 1979, the first year of her project, on the Casavant in Erie, and they appear on CDs 1 and 2; she returned to these pieces, in 2003, to include them once again, this time performed at Saint-Antoine-des-Quinze-Vingts, for CD 26, the last of the series. 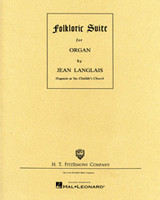 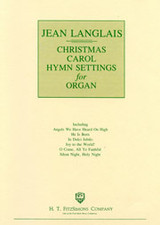 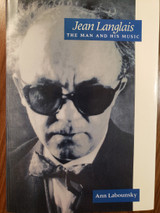 Ann Labounsky, Jean Langlais: The Man and His Music