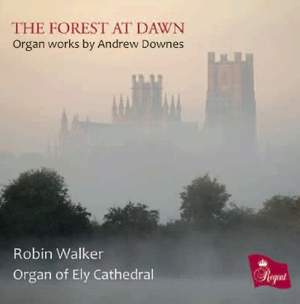 The Forest at Dawn: Organ Works by Andrew Downes

We are delighted to present the first recording devoted to the solo organ works by Andrew Downes. Downes’ organ works are characterised by their sense of space, sinuous melodic line and symphonic use of the organ which is depicted here by the expert playing of Robin Walker on the organ of Ely Cathedral. Andrew Downes was born in Handsworth, Birmingham, in 1950, into a well-known Midlands family of musicians. He won a choral scholarship to St John’s College, Cambridge, where he specialised in composition, and in 1974 he went on to study at the Royal College of Music with Herbert Howells. His emergence as a leading international composer has been combined with a strong academic profile as an innovative and inspired educator: he was Head of the School of Composition and Creative Studies at the Birmingham School of Music (later Birmingham Conservatoire) for 30 years, and now devotes himself solely to composition. His output includes an opera, three symphonies, numerous concerti, and chamber works, song cycles, piano music, and a large body of choral and sacred music. Robin Walker studied organ at the Royal Academy of Music in London, and is now an accredited teacher with the Royal College of Organists. He teaches organ scholars at Cambridge University, where he also sits on the organ admissions examination panel. For four years Robin was Director of Music of Corpus Christi College, Cambridge, where he directed the chapel choir and curated the college music programme. 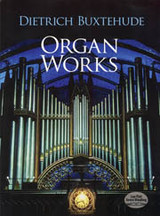 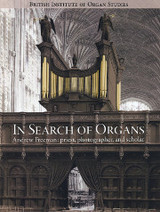 Andrew Freeman, In Search of Organs 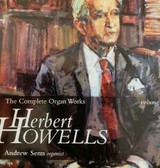