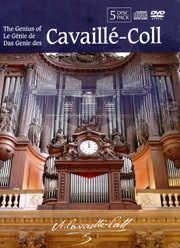 The Genius of Cavaillé-Coll

To mark the 200th anniversary of Aristide Cavaillé-Coll’s birth, and the 150th anniversary of his organ at St Sulpice, Paris, Fugue State Films has produced a high quality DVD / CD boxed set filmed in high definition containing the first ever full-length documentary about his life and work. This beautifully produced collection includes three DVDs, two CDs and an 80 page booklet, all crammed with content. That’s almost eight hours of filmed material, plus almost three hours of CD recordings. There is almost no overlap between the music recorded for the CDs and DVDs, as you will see. The first DVD contains the documentary The Genius of Cavaillé-Coll which consists of three 50 minute films. On the second DVD, the 16 organs built by Cavaillé-Coll are each demonstrated with the performance of at least one piece in each location. This includes filmed performances of magnificent works by Franck, Saint-Saëns, Guilmant, Boëllmann, Widor and Vierne on a superb selection of Cavaillé-Coll’s best organs. The improvisations and contemporary compositions on the third DVD are a brilliant feature of this collection and feature Daniel Roth, Olivier Latry, Pierre Pincemaille, Jean-Pierre Griveau, and Michel Bouvard. A fully illustrated 80-page booklet includes photos, details and specifications of all the organs and essays about the composers and music. The DVD will be region free and released in both NTSC and PAL versions. OHS strongly recommends UPS shipping with a tracking number. 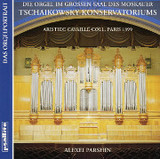 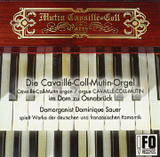 Cavaillé-Coll in Germany at Osnabrück