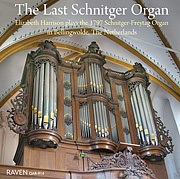 Elizabeth Harrison plays the last organ built by the last organbuilding Schnitger, Franz Caspar Schnitger, Jr. (1724-1799), grandson of the famous Arp Schnitger. He worked in Groningen with Heinrich Hermann Freytag in the firm that descended directly from Arp, creating their last organ in 1797 for the church in Bellingwolde, Netherlands, where it is was restored in 1992. This is the first CD recording of the organ.

One of the more concentrated areas of historical organs in the world is the Ems-Dollart region, made up of Ostfriesland in northwest Germany and the Dutch provinces of Groningen and Drenthe. The area is defined by the Ems River and the Dollart Basin surrounding the river. Regardless of political boundaries, the Dutch and German sides share a cultural past, including more than 300 historical organs and organ façades dating from the fifteenth to the twentieth centuries.

The village of Bellingwolde in the Netherlands lies near the center of the Ems-Dollart region, within the province of Groningen, and is located less than one kilometer west of the German border. The Bellingwolde village church, named the Magnuskerk for Magnus of Treni, the patron saint of Friesland, dates from the early sixteenth century and replaced a fourteenth-century church building that was damaged beyond repair by flood waters in 1509. The church building is a tall brick structure in Gothic style with thick walls, tall and narrow windows, and flying buttresses. The acoustics of the sanctuary are excellent for organ sounds and for singing the traditional congregational Psalms so characteristic of the area’s churches.

In 1797, the Magnuskerk in Bellingwolde received a new organ with seventeen stops, two manuals, and a pull-down pedal. The organ was built in the accomplished workshop of Franz Caspar Schnitger, Jr. (1724-1799), and Heinrich Hermann Freytag (1759-1811), and is preserved in almost original condition. The instrument exemplifies the organ culture common among the villages of the Ems-Dollart region in the late eighteenth century with sounds inherited and evolved from Arp Schnitger (1648-1710), the German organbuilder who was the grandfather of Franz Caspar Schnitger, Jr.

Arp Schnitger established himself as perhaps the most successful organbuilder in northern Europe during the Baroque period. His workshop built more than 170 instruments, and while some of them were exported to areas as far away as Russia, Portugal, and even Brazil, the majority of his organs peppered churches in Germany and the Netherlands between Hamburg and Groningen, including the Ems-Dollart region. His two sons, Franz Caspar (Sr., 1693-1729) and Johann Jürgen (1690-d. after 1734), apprenticed with him. When Arp died in 1719, they moved with several workers from their father’s workshop in Neuenfelde near Hamburg to the Dutch town of Zwolle, where they established an organ firm and began work on a large three-manual organ with 64 stops for Zwolle’s Grotekerk (completed in 1721). The two organbuilding brothers parted ways after a few years and Franz Caspar (Sr.) continued the firm, establishing a successful workshop in the Schnitger tradition in northern Holland. At the untimely death of Franz Caspar (Sr.) in 1729, his widow negotiated merging her late husband’s organ workshop with that of the German-born and respected organbuilder, Albert Anthoni Hinsz (1704-1785), whom she later married. Hinsz’ workshop was in Groningen and the Schnitgers moved all contracted work there. This firm continued to build in the Schnitger tradition and a few years later, the young Franz Caspar, Jr. was old enough to begin an apprenticeship in the workshop under the training of his stepfather. Franz Caspar, Jr., learned quickly and well, seemingly having a natural inclination to organ building. After Hinsz’ death in 1785, Franz Caspar, Jr., inherited the workshop and soon began a partnership with his colleague, Heinrich Hermann Freytag, using the name “Snitger en Freytag.” The two knew each other well; both had worked together for several years in Hinsz’ workshop.

Franz Caspar, Jr., and Freytag continued and refined the strong organ tradition established by Arp Schnitger, Franz Caspar Schnitger, Sr., and Albert Hinsz. In the province of Groningen, Schnitger and Freytag expanded with much praise the organ in the Bovenkerk in Kampen (1789) and built new instruments in Groningen-Doopsgezindekerk (1785), Bierum (1791), Zuidhorn (1792), Ezinge (1793), Zuidbroek (1795), and Bellingwolde (1797). Franz Caspar (Jr.) died in 1799 and the workshop continued under the leadership of Freytag. The organ in Bellingwolde is the last instrument built by Franz Caspar, Jr., and the last organ built by a member of the Schnitger family. 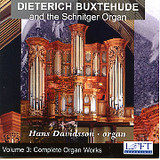 Dieterich Buxtehude and the Schnitger Organ 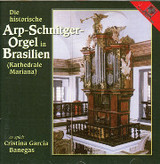