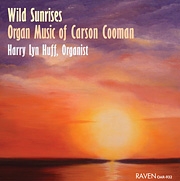 Harry Lyn Huff plays the 1921 E. M. Skinner Organ, Op. 308, Old South Church, Boston, Massachusetts. The 115-rank organ built in 1921 by E. M. Skinner for the municipal auditorium in St. Paul, Minnesota, was relocated 1981-85 to Old South Church, Boston, saving it from destruction, the decision to acquire it having been made very briefly before the auditorium was to be razed. This CD by Harry Lyn Huff of organ works by Carson Cooman is the first CD of the organ in solo organ repertoire. Carson Cooman (b. 1982) is an American composer, organist, and writer on musical subjects. He composes in many forms, from opera to solo instrumental works, and the works are widely performed on six continents, with recordings on seven CD labels including Naxos, Albany, Raven, MSR, Zimbel, and others. He studied composition with Bernard Rands, Judith Weir, Alan Fletcher and James Willey and holds degrees from Harvard University and Carnegie Mellon University. As a concert organist, Cooman specializes exclusively in the performance of new music. More than 130 new works have been created for him by composers worldwide, and his performances of the work of contemporary composers can be heard on a number of CD recordings. Harry Lyn Huff is Minister of Music and Organist at Old South Church, Boston and Music Director and Lecturer on Ministry at the Harvard Divinity School and organist in The Memorial Church. For two decades ending in 2004, he was Director of Music at Calvary Episcopal Church, New York, and Organist and Artist-in-Residence at Union Theological Seminary, New York. His other New York positions have included Adjunct Organist in St. Paul’s Chapel, Columbia University, Organist of Temple Shaaray Tefila, Director of Choral Activities at the Aaron Copland School of Music, Queens College, CUNY, and Artistic Director for the St. George’s Choral Society. A native of Sevierville, Tennessee, he studied in the 1970s at the North Carolina School of the Arts and later at Yale University, and won organ competitions sponsored by the American Guild of Organists, the Royal Canadian College of Organists, the National Society of Arts and Letters and the Music Teachers National Association. The organ now at Old South Church, Boston, was built in 1921 by the Skinner Organ Company, op. 308, for the Municipal Auditorium of Saint Paul, Minnesota. It was purchased in 1981 by Old South Church and was rebuilt 1982-84 for Old South by Casavant Frères, Ltée., and Hokans-Knapp Associates. In 1987-1990, the organ was again rebuilt by Nelson Barden Associates, Inc., in conjunction with Austin Organs, Inc.. The organ contains 7,625 pipes in 115 ranks, 110 stops, on four manuals and pedal. Toccata-Fantasy on a Medieval Welsh Carol Alive! Sunburst Trio: in memoriam Dirk Flentrop Exaltations: I. Heralding; II. Reflective; III. Joyous No Darkness at All Toccata: Homage to Buxtehude Blessing Dawning Ab ortu Solis Make Glad the City of God Jubilee-Postlude on Converse Berceuse Trumpet Tune Wild Sunrises 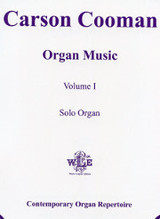 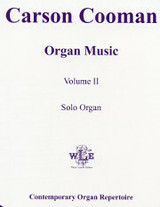 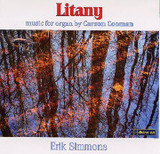 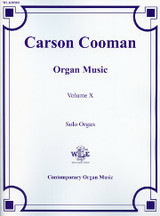