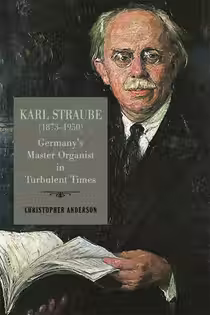 In the course of a multifaceted career, Karl Straube (1873-1950) rose to positions of immense cultural authority in a German musical world caught in unprecedented artistic and sociopolitical upheaval. Son of a German harmonium-builder and an intellectually inclined English mother, Straube established himself as Germany's iconic organ virtuoso by the turn of the century. His upbringing in Bismarck's Berlin encouraged him to develop intensive interests in world history and politics. He quickly became a sought-after teacher, editor, and confidante to composers and intellectuals, whose work he often significantly influenced. As the eleventh successor to J. S. Bach in the cantorate of St. Thomas School, Leipzig, he focused the choir's mission as curator of Bach's works and, in the unstable political climate of the interwar years, as international emissary for German art. His fraught exit from the cantorate in 1939 bore the scars of his Nazi affiliations and issued in a final decade of struggle and disillusionment as German society collapsed.

OHS Member Christopher Anderson's book presents the first richly detailed examination of Karl Straube's remarkable life, situated against the background of the dynamic and sometimes sinister nationalism that informed it. Through extensive examination of primary sources, Anderson reveals a brilliant yet deeply conflicted musician whose influence until now has been recognized, even hailed, but little understood. 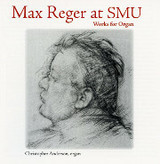 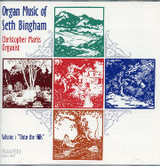 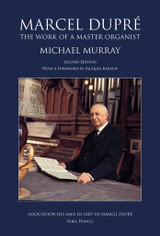