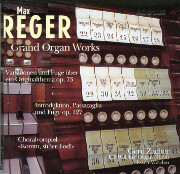 Gerd Zacher plays the 3m E. F. Walcker organ of 44 ranks built in 1900 as op. 885 at the Evangelical Church in Essen-Werden and as financed by the industrialist Friedrich A. Krupp. It is one of very few larger Walcker organs of the period to escape rebuilding in the spirit of the organ reform that swept the world in the 20th century. Just as plans to do so were laid, monetary problems prevented it. Thus, the organ survived unscathed and was totally restored as built in 1990 by the Karl Schuke firm of Berlin. These works could not be more satisfactorily realized than by the ideal pair of this organist and this organ. REGER: Variations & Fugue in f-sharp, op. 73 Choral prelude “Come, sweet death!” Introduction, Passacaglia and Fugue in e, op. 127 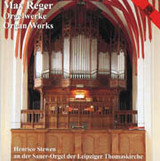 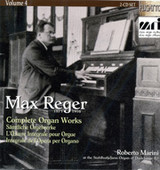 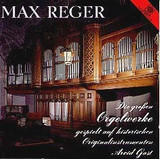 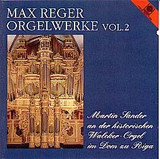