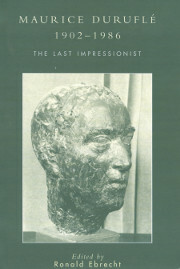 A collection of essays on the works of Maurice Duruflé (1902-1986), edited by Ronald Ebrecht.

Duruflé is admired as composer of universally beloved organ works, for his hauntingly beautiful and moving Requiem of 1947, and as organist of long tenure at the church of Saint-Etienne-du-Mont in Paris. He studied composition and organ with Tournemire, Vierne, Gigout, and Dukas among others, and became well known outside France through tours and conferences, often attended with his wife, the late Marie-Madeleine Chevalier. Editor Ronald Ebrecht has collected in this centenary tribute seven fine articles on Duruflé's life and work that will enthrall all those who have come under the spell of this great master of French Impressionism. The contributors include Marie-Claire Alain the renowned French organist, recording artist, and teacher is among Duruflés first harmony students at the Paris Conservatoire; James Frazier, writing the essay In Gregorian Mode, studies liturgy and music and was a Fulbright scholar in France and a student of Madame Duruflé; Maria Rubis Bauer concluded her doctoral dissertation on Duruflé at the University of Kansas and writes the essay The Large Beat; Jeffrey Reynolds is Associate Professor of Humanities and chair of the music department at the University of Alabama, Birmingham, and contributes On Clouds of Incense; Herndon Spillman, whose landmark recording (1973) of the complete organ works of Duruflé received the Grand Prix du Disque, is Professor of Music at Louisiana State University and contributes As the Master Wanted; Eliane Chevalier was the sister of Marie-Madeleine Duruflé, with whom she shared a passion for music, and writes about Marie-Madeleine; Edward Tipton is Director of Music of the American Cathedral in Paris. Ronald Ebrecht writes the essay Ties That Bind and is University Organist of Wesleyan University, Middletown, Connecticut. He studied at the Schola Cantorum in Paris, Yale University, and Southern Methodist University, Dallas, and concertizes widely, especially with repertoire devoted to this period. 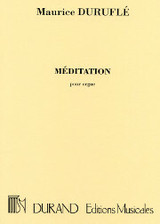 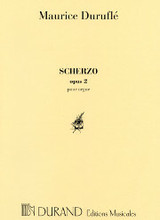 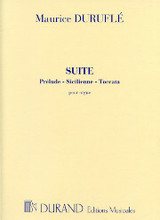 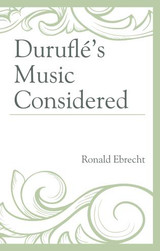