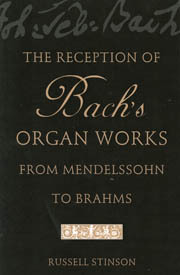 Russell Stinson, The Reception of Bach's Organ Works from Mendelssohn to Brahms

by Russell Stinson In the first study of its kind, Stinson explores how four nineteenth century masters, Felix Mendelssohn, Robert Schumann, Franz Liszt and Johannes Brahms, were influenced by the organ works of Johann Sebastian Bach. Citing musical examples (including facsimiles of Bach's works as copied by the four composers in question), the author maintains that they not only borrowed from Bach's organ works, but also that they were influenced in performance, editing, theory, and pedagogy. A fascinating read! Published by Oxford University Press. 238 pages, paperback. 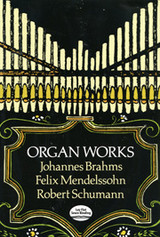