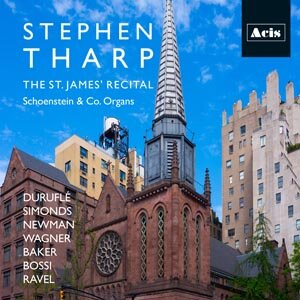 "It's always a treat to receive a new CD from Stephen Tharp, one of the great virtuosi of the organ world."Choir & Organ

Suite pour Orgue, Op. 5Maurice Duruflé (1902–1986)1. Toccata2. Prelude on ‘Iam Sol Recedit Igneus’Bruce Simonds (1895–1989)Toccata and Fuga Sinfonica on B.A.C.H.Anthony Newman (b. 1941)3. Toccata4. Fuga SinfonicaDie WalküreRICHARD WAGNER (1813–1883)5. Wotan’s Farewell and Magic Fire Music6. Danse Diabolique George Baker (b. 1951)Commission and world premiere recording7. Scherzo in g minor, Op. 49, No. 2Marco Enrico Bossi (1861–1925)8. MAURICE RAVEL (1875–1937) La ValseWorld Premiere RecordingHailed as “the organist for the connoisseur,” (Organ - Journal für die Orgel, Germany), “the thinking person’s performer,” (Het Orgel), “every bit the equal of any organist,” (The American Organist), and “the consummate creative artist,” (Michael Barone, Pipedreams), Stephen Tharp is recognized as one of the great concert organists of our age. This is his Acis debut.Having played more than 1400 concerts across 47 tours worldwide, Stephen Tharp has built one of the most well-respected international careers in the world, earning him the reputation as the most traveled concert organist of his generation. He is listed in Who’s Who in America and Who’s Who in the World, and has been given the 2011 International Performer of the Year Award by the New York City Chapter of the American Guild of Organists. A champion of new organ music, Tharp commissions numerous compositions for the instrument. The first such piece was Jean Gillou’s symphonic poem Instants, Op. 57, which Tharp premiered at King’s College, Cambridge, England in February 1998. Works dedicated to him include George Baker’s Variations on “Rouen” (2009); David Briggs’ Toccata Labyrinth (2006); Samuel Adler’s Sonata (2005); Eugenio Fagiani’s Psalm 100 (2009) and Stèle (2003); Thierry Escaich’s Trois Poèmes (2002); Philip Moore’s Sinfonietta (2001); Anthony Newman’s Tombeau d’Igor Stravinsky (2000), Toccata and Fuga Sinfonica on BACH (1999) and Second Symphony (1992); Martha Sullivan’s Slingshot Shivaree for Organ and Percussion (1999); and Morgan Simmons’ Exercitatio Fantastica (1997).The repertoire on the disc was chosen specifically to highlight the colors and range that this magnificent organ can produce in the ideal acoustical environment of St. James’ - warmth, clarity and gracious resonance: no thread of the music becomes lost. The CD Booklet contains an essay on the character and design on the instrument by Jack M. Bethards, President & Tonal Director, Schoenstein & Co.

"It's always a treat to receive a new CD from Stephen Tharp, one of the great virtuosi of the organ world. On this disc he demonstrates the recent Schoenstein organs at St James's Church on Madison Avenue, NYC, where he is presently artist in residence. The two instruments (larger in the chancel, smaller on the west gallery) follow the typical Bethards/Schoenstein blueprint: multiple enclosures, copious varieties of 8ft colour and orchestrally imitative tone, and splendid voicing. In a dry room such as this one, it's a smart way to build an organ, although one gets the sense of a lot of sound exciting not a lot of air. Tharp is in fine form, opening with a scintillating Duruflé Toccata and fin ishing with his own transcription of Ravel's La valse; it is this latter transcription and that of the Walkiire excerpts which really get to the heart of the instrument and Tharp's brilliance. Bruce Simond's Prelude on lam Sol Recedit lgneus likewise shows off lots of colours but hugely outstays its welcome, while Anthony Newman's Fuga Sinfonica (on BACH) seems diabolically difficult and not quite worth the effort."CHRIS BRAGG, Choir & Organ, November/December 2017 ****"Stephen Tharp's programme is clearly chosen to show off the organs of St James' in New York where he is artist-in-residence: a IV/61 Schoenstein in the chancel dating from 2009, and a separate II/16 gallery organ installed around the same time. The chancel instrument is unabashedly symphonic in concept, which barely nods at the classical revival. The gallery organ's tonal design, meanwhile, looks unusual on paper but it is versatile. Both are gorgeous, simultaneously rich and clear, with well-contrasted voices which fuse coherently. There are some unusual features such as double expression boxes, and an interesting essay on the organs in the booklet. The music is delivered with panache right from the opening Duruflé: all energy, brilliance and timing, with thunderous pedal reeds and savage manual ones.""There is more sensitive musicality on offer too, particularly in the Simonds Prelude. An atmospheric, if unexciting and somewhat overly long exercise, in the Englishcathedral-between-the-wars quasi improvisatory style, it shows off some exquisite solo colours. That piece is the exception, however, in a disc of very well executed flashy numbers which are just slightly too similar. Some calmer moments interspersed would have been nice. The surprisingly convincing Ravel transcription as well as the Wagner (nasal reeds, smoother ones, glittering flutes) provide further demonstration of the organ's capabilities, but more interesting musically are two works written for Tharp. Newman's BACH toccata and fugue has a slightly Bachian feel and employs less orchestral registrations, although it is still very much in the tradition of the Romantic BACH works rather than anything Baroque.""The well-known theme is intriguingly not much emphasised in the toccata, but becomes more obvious in the virtuosic and lucid fugue. The five minute Baker piece, receiving its world premiere recording here, is described by the composer as 'diabolical good fun' and it's a real recital lollipop, drawing on all the expected evil motifs. (It is also the first recording of Eugenio Fagiani's Ravel transcription.) Altogether, a terrific showcase disc for the impressive St James' chancel organ in particular, though one is not given much idea of how well the instruments perform in church roles..."BARBABY PAGE, Organists' Review, December 2017, 3.5 stars 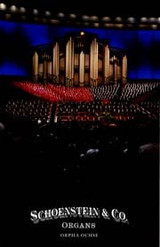 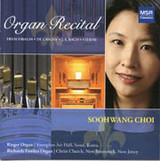 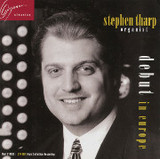 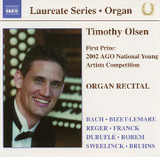