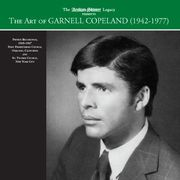 Product Description: 2-CD Set: The Art of Garnell Copeland (1942-1977). Taken from live recitals from 1965-1967, these previously unreleased recordings were made in concert on the Kimball organ at First Presbyterian Church, Oakland, California, and on the Aeolian-Skinner at St. Thomas Church, New York City. Although there are some imperfections in the recordings, they are offered here as a testament to the great artistry of this brilliant young organist, and, as such, are offered as an historic document. Repertoire includes Bach: Sinfonia in D Major, Fugue a la Gigue, and Toccata, Adagio, and Fugue; Bingham: Roulade; Dupre: Fileuse; Durufle: Toccata; Franck: Choral #2 in B Minor, Priere; Messiaen: Combat de la Mort et de la Vie; Reubke: Sonata on the Ninety-fourth Psalm; Schumann: Canon in A-flat; and two performances of his signature piece, Sowerby "Pageant," one played in Oakland, the other in New York. Over 2 hours of material. In Stereo. 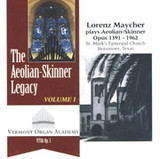 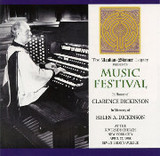